Well, you can experience all of this – and more – in an easy afternoon in nearby Golden, Colorado. Located just 12 miles from downtown Denver, Golden sits in pretty Clear Creek Valley, surrounded by buttes and foothills that offer a wide variety of stress and traffic free experiences. Simply put, it’s the closest mountain town to Denver! Here are ten easy adventures to enjoy on quick and easy half-day trips from anywhere in the metro Denver area. And remember, all of them are just minutes from the pubs, breweries, distilleries, galleries and shops of historic downtown Golden.

1. TAKE A HIKE - From downtown Golden, you can get access to the old aqueduct trail up Clear Creek Canyon, or climb the switchbacks to Windy Saddle between Mount Zion and Lookout Mountain, or hike up South Table Mountain. There are 24 miles of trails in Golden, all offering hiking for all abilities, from easy family trails to steep switchbacks. And nearby, there are trailheads for Chimney Gulch, North Table Mountain, White Ranch, Dinosaur Ridge, Matthew-Winters and the many meadow and aspen hikes in Golden Gate Canyon State Park.

2. RIDE A BIKE - The Golden Bike Library offers free two hour bike rentals Thurs.-Sun. from their convenient location on the banks of 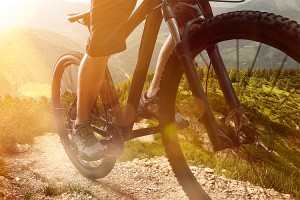 Clear Creek in the Golden Visitor Center. Want to ride longer? A full day rental is just $10. Cruise the paths along Clear Creek or ride around town to visit your favorite Golden hotspots. You’ll love checking out Golden from your Bike Library bicycle!

3. CLIMB A ROCK - Clear Creek Canyon offers some of the best rock climbing in Colorado. It is best known for sport climbs with some trad climbs interspersed. The rock varies from gneiss and schist to a sandy granite with a variety of ratings. Beginners head to the Canal Zone, which can be accessed by foot from downtown Golden using the farthest west footbridge over Clear Creek. Little Eiger, Red Slab and High Wire Crag also offer beginning routes to work you up to Primo Wall, Anarchy Wall and New River. And if you’ve never climbed, or just want to sharpen up, head to Earth Treks Golden. This is the premier indoor rock climbing and bouldering gym in Colorado.  The 28,500 sq. ft. facility has 45-foot high walls with 300 roped routes and some 100 bouldering problems to twist, stretch, and pull yourself over. The walls were designed by rock climbing legend Jason Kehl, the eclectic climber who was the first person to ever boulder a 5.14d grade route.

4. DRINK A BEER - How many mountain towns have seven breweries, including the largest in the world? Only Golden. Coors Brewery offers free tours (and three free samples!), which is a good way to start the afternoon and learn the history of beer in 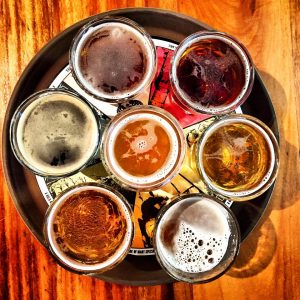 Colorado’s oldest brewery. Then walk just a few blocks to Barrels and Bottles, Golden City Brewery and Mountain Toad. The best Golden pub crawl begins at the award-winning Cannonball Creek Brewery, then follows the trail up and over North Table Mountain for 2 miles to New Terrain Brewing Company, which is located directly ON the trail! Then doubles back or continues around North Table Mountain for a total five mile hike, ending at Holidaily Brewing, Golden’s gluten-free brewery. Try a Buckwit Belgian, a thirst quenching light brew with a mix of coriander and orange peel.

5. ENJOY A RIVER - The upper reaches of Clear Creek in Idaho Springs have become a state-wide famous whitewater rafting center, but as the river flows down the canyon and begins to reach Clear Creek Valley in Golden, it slows down, widens out and under a canopy of trees, drifts lazily right through the center of town. There are a dozen manmade white water chutes to liven things up. The creek flows past the scenic Clear Creek Historic Park, a re-creation of a Frontier homestead. There is ample seating along Clear Creek to sit and enjoy the show as the kayakers and tubers float by. Better yet, bring a coffee or your lunch to make the most of your time.

6. FISH A STREAM - Some of the best stream fishing in metro Denver is just minutes from Golden. 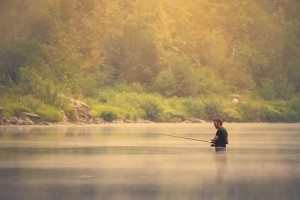 Clear Creek has a good population of small to mid-sized Rainbow and Brown Trout and abundant bug life. Learn more from the Clear Creek Fly Fishing Report. Stop by Golden River Sports, just a two-minute walk from Clear Creek. You can also join Fish Alongs every Tuesday night with the excellent folks from Arbor Anglers.

7. PAN FOR GOLD - Of course, Golden – the first capitol of Colorado and the center of the great Pikes Peak or Bust Gold Rush of 1859 was named after gold. Not! Incredibly, it was named after Thomas L. Golden, a prospector who camped at this spot in 1858. What are the odds that the first prospector here would be named “Golden?” Anyway, it was gold that made Golden one of Colorado’s first towns, and you can still find it here! In the free Colorado School of Mines Geology Museum. The museum was started by Professor Arthur Lakes, who taught at the school and also discovered the world’s first dinosaur bones on the ridges around town. The first fossilized bones of a T-Rex were discovered on South Table Mountain in Golden. Just think how boring the film “Jurassic Park” would have been without Golden.   Today, if you follow Clear Creek east towards Denver, you will see many modern prospectors panning for gold. They say, if you know what you’re doing, you can make some money. The Geology Museum gift shop will happily sell you a gold pan and set you on your way.

8. EAT OUTDOORS - The people of Golden live outdoors. And why not? With 300 days of sunshine and spectacular views in every direction, who would stay inside? So naturally (as in any mountain town) many Golden restaurants have outdoor dining. Some of 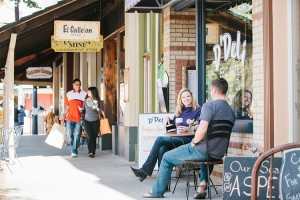 the best patios include The Sherpa House, which has fountains, statues and art from Nepal decorating their tranquil outdoor garden; Bridgewater Grill, which has a sweeping patio overlooking the rafters floating down Clear Creek; the Table Mountain Grill & Cantina which has a flower-lined deck overlooking South Table Mountain; the Buffalo Rose, with an outdoor patio and live music, and New Terrain Brewing Company, which has food trucks and a drop dead gorgeous view down Clear Creek Valley. Listen carefully on the New Terrain deck on weekends – you just might hear the steam whistle from the Colorado Railroad Museum a few hundred feet below.

9. TAKE IN A VIEW - Some of the best viewpoints on the Front Range are in or near Golden. Buffalo Bill Cody asked to be buried (maybe) on Lookout Mountain, which affords a spectacular view of both the eastern plains and the snowcapped peaks to the west. Exit 254 off I-70 near Golden has a spectacular view of both the mountains, and a buffalo herd that is maintained here by Denver Mountain Parks. New trails allow you to follow the buffalo, wherever they might be. The views from the top of North and South Table Mountains look right down into Clear Creek and the tree-covered valley of Golden. The Lookout Mountain Nature Center near the summit of Lookout Mountain has sweeping views and exhibits on the wild animals that live in Golden. Watch their “night cam,” which has caught deer, elk, foxes and bears walking around Golden.

10. OUTFIT YOUR NEXT EXPEDITION - Boy, would Lewis & Clark have loved shopping in downtown Golden. They could have outfitted their entire expedition here – and more. There are shops devoted to hiking, biking, skiing, climbing, fishing, camping, backpacking and hunting. But men and women do not live by outdoor adventures alone! There are also art galleries, book stores, one-of-a-kind boutiques, designer fashions and jewelry, coffee shops, and toy stores….all in historic buildings along Main Street under the famous 58-foot long arch that since 1948 has said, “Howdy Folks! Welcome to Golden.”

Best of all? After your day outing in Golden, you are just 20 minutes or so from your home in metro Denver. Check out visitgolden.com for the latest events and news about Golden!